At the February 2016 meeting of the Society a member displayed paperweights from The Bank of Adelaide.  In 1965 the bank celebrated its centenary.  As part of its commemorations it commissioned the production of souvenir sets of pre-decimal coins embedded in clear plastic, predominantly for use as paperweights. Decimal changeover was then still a year away. 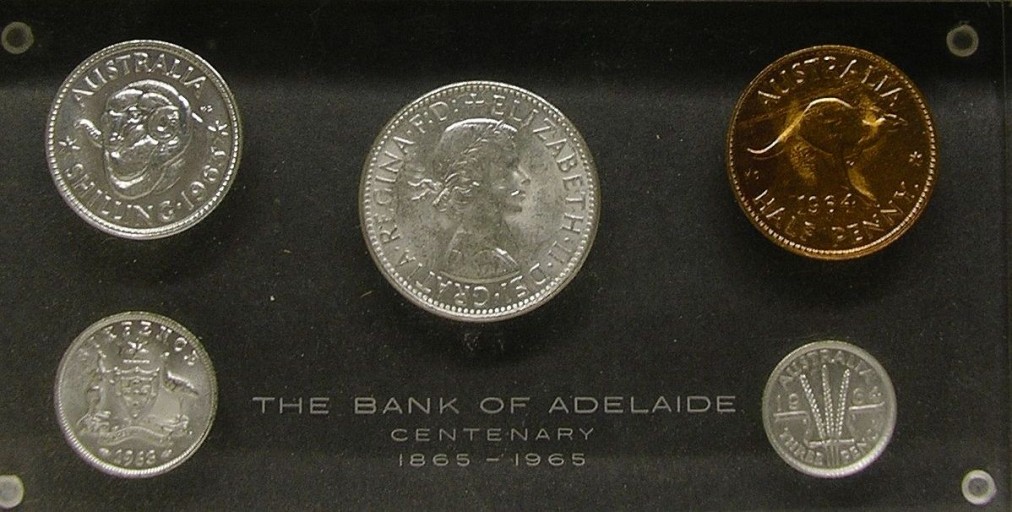 The souvenir sets measuring 12.5 x 6.5 x 2 cm were wrapped in tissue and housed in gold coloured cardboard boxes with an official certificate. At least two designs of the gold colouring exist on the tops of the boxes.

The sets contained all of the currently circulating coins except the penny.  The florin, shilling and sixpence were dated 1963 and the threepence and halfpenny 1964 – the last dates appearing on circulating Australian pre-decimal coins. 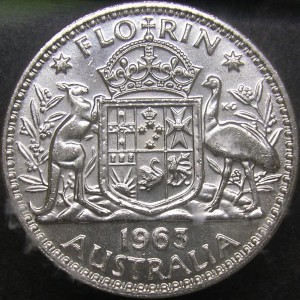 Fig. 2, two coins from the sets, highest and lowest denominations.

A part of the celebrations in 1965 was a coin exhibition at the bank’s Head Office in King William Street, Adelaide displayed by members of the Numismatic Society of S.A. (NSSA).  Those Society members who helped mount the display were each given one of the paperweights.

The current secretary of the NSSA was employed by the bank at the time. He advises that about 2,000 sets were made in Japan and given to bank staff.  At that time the bank had about 1,100 employees.  When the bank was taken over by the Australia and New Zealand Bank (A.N.Z.) in 1979 the few hundred paperweights still held were dispersed to managers and valued clients. 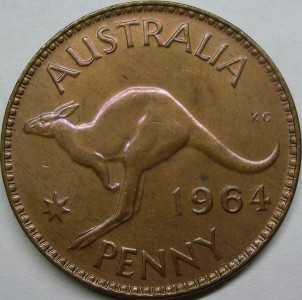 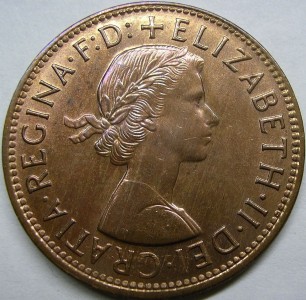 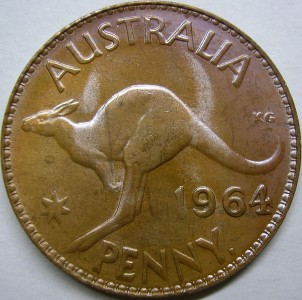 Despite over 80 million pennies being minted in 1964 (according to one government advertisement) or 64.59 million according to Renniks coin catalogue, a severe shortage of pennies occurred, perhaps largely due to the impending change to decimal currency and proposed subsequent withdrawal of all pre-decimal coinage.

It was the boom time for coin collecting.  A pound’s worth of pennies (240) was purchased from a bank, sorted, and taken back to exchange for yet another bag!

Coin collecting at that time became so popular that it spawned the births of the Australian Coin Review magazine (now part of Australasian Coin & Banknote magazine) and the Renniks coin catalogue in 1964, both of which still flourish.

One reason suggested for the omission of the penny in the bank paperweights was that the bank did not want to be seen to be encouraging the removal of pennies from circulation in contradiction to current government policy.  It is more likely that the bank could not get an export licence for the pennies to be sent to Japan for inclusion in the paperweights.  If that was the true reason for the penny’s omission in the sets it was a great pity, considering that it would only have involved 2,000 pennies or less than 9 pound worth of coins – “a mere drop in the ocean”.

The Bank of Adelaide paperweights are currently being sold by one Adelaide coin dealer for between $25 and $50, depending on condition, although some sets have been seen advertised on E-bay for around $80.