At the March meeting of the Society a member showed an image of Lot 4174 in the upcoming Noble Numismatics auction in April 2016.

It is a paper-designed Johnston / Stone $20 test note with the portraits of Kingsford Smith and Hargraves, printed on polymer, the first such note seen in the hands of the public. Being polymer, it does not have the usual watermark or metallic thread.

This is the first time a paper banknote design has been seen printed on polymer, though it is known that $1 and $2 test notes on polymer were produced internally by the Note Printing Branch of the Reserve Bank of Australia, (as it was then called) as demonstration pieces for an international banknote printers meeting.

The note is sealed in a PMG holder graded at 66, suggesting an overseas source, and is estimated to bring $17,000 at auction. 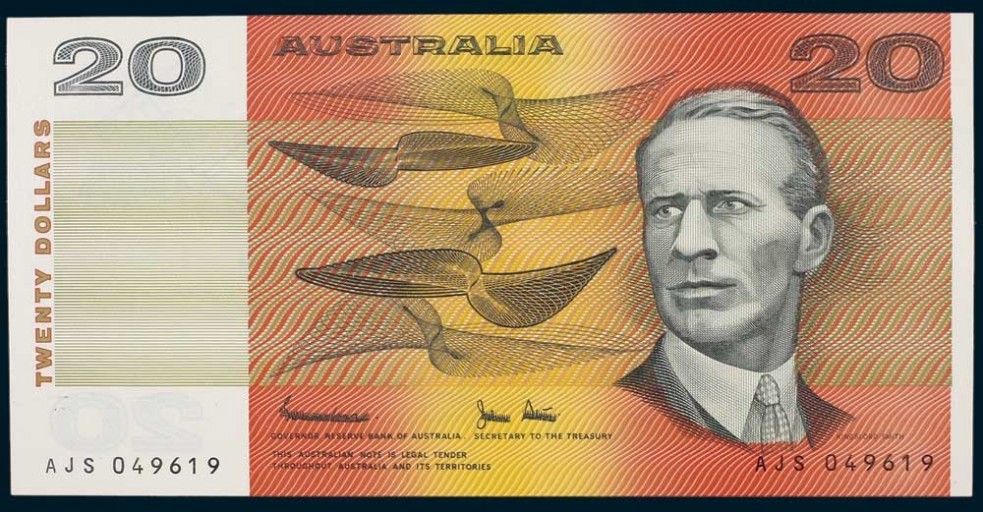