A member of the Numismatic Society of South Australia presented the following at the Society’s meeting held on 19 November 2015. The Advertiser newspaper today (19.11.15) reported on the arrest of a 30 year old man and his 25 year old girlfriend at their home in Seaview Downs after fake $50 notes were passed in the Westfield Marion shopping centre the previous Friday.

Last financial year the following totals of forgeries were detected in Australia according to the RBA 2015 Annual Report released in late October.

The $50 note is the most forged because it is the most used denomination and the design in the clear window is rather simplistic in comparison with that of the other denominations.

One of the easiest ways to detect forged notes it to attempt to tear them as they are usually printed on paper, which tears easily. Plastic (polymer) notes (unless previously damaged) are nearly impossible to tear.

These particular forgers apparently managed to toughen up their forgeries by laminating them by spraying, thus making them more resembling real notes that were hard to tear. Detectives discovered cutting mats, four printers, a computer with counterfeit money templates and a spray room at the home.

Illustrated above are the windows from the present $50 and $100 notes. Will the Next Generation notes have a more intricate design in the window of the new $50, or will holograms be reintroduced as per the designs below from the new Canadian $20 released last September? 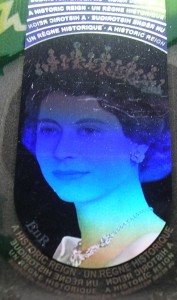 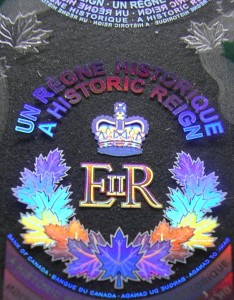 The Advertiser on 10 November also reported that an 85 year-old grandmother cut up her $1 million savings on her deathbed in a retirement home in Lower Austria to prevent her family members from inheriting the cash. Authorities said she was within her rights to destroy the money.